Reeling and Dealing in 2017 Marlin Tournament 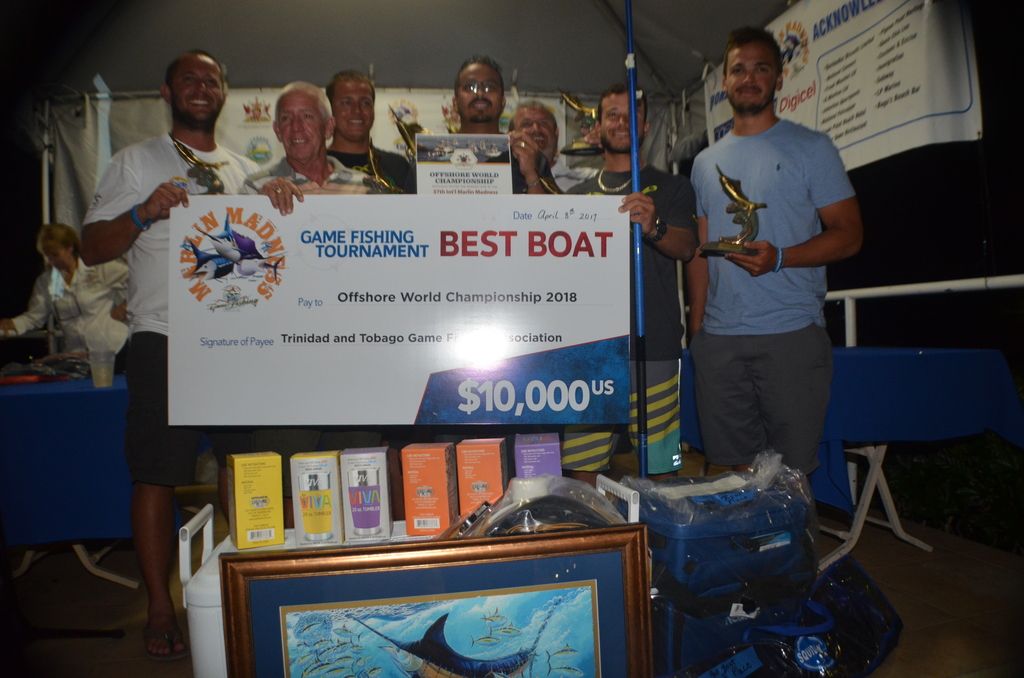 Reeling and Dealing in 2017 Marlin Tournament

The Trinidad and Tobago Game Fishing Association’s 37th International “Marlin Madness” tournament that was held on April 4th to 8th 2017, at Pigeon Point, Tobago, was once again a huge success with The Ministry of Sport and the Tobago House of Assembly as the main sponsors of the tournament.

At the prize-giving function, which was held at Crown Point Hotel, the advisor to the Minister of Sport and Youth Affairs, Mr. Gavin Warwick congratulated the TTGFA for running a successful tournament for the last 37 years and spoke on the importance of Sport Tourism and how fishing can be instrumental in achieving that. She also thanked the many anglers who came from the US, Canada and Grenada to participate in the annual event.