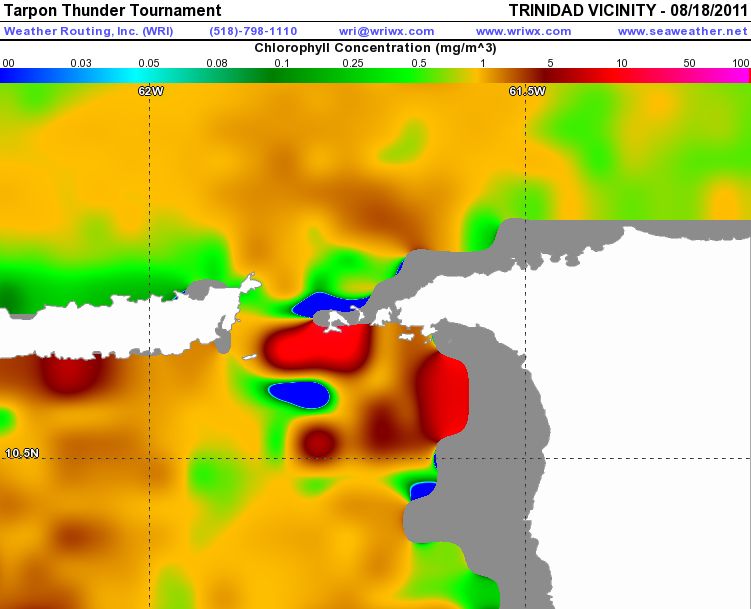 Altimetry Maps - The rising & lowering fluctuation of the sea surface, related to currents and eddy locations. 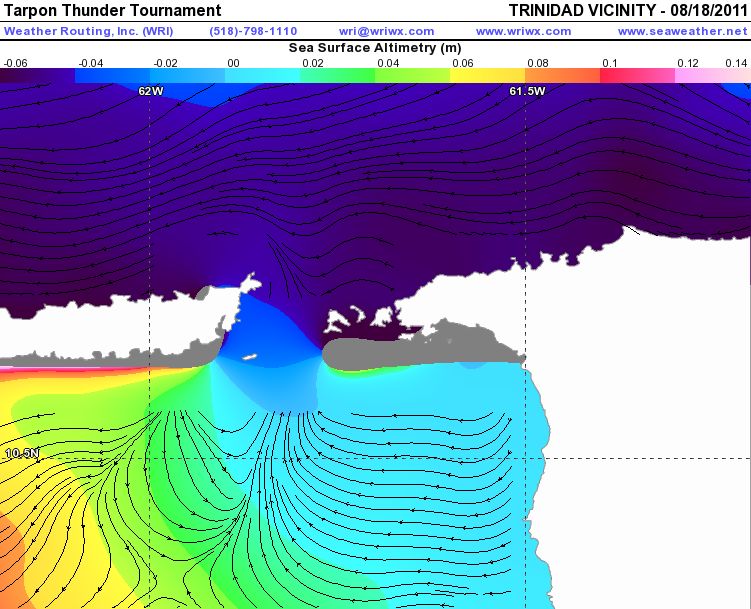 Mixed Layer Depth Maps - The depth where the density is approximately the same as the surface, and phytoplankton production occurs within the depth of shallower layers. 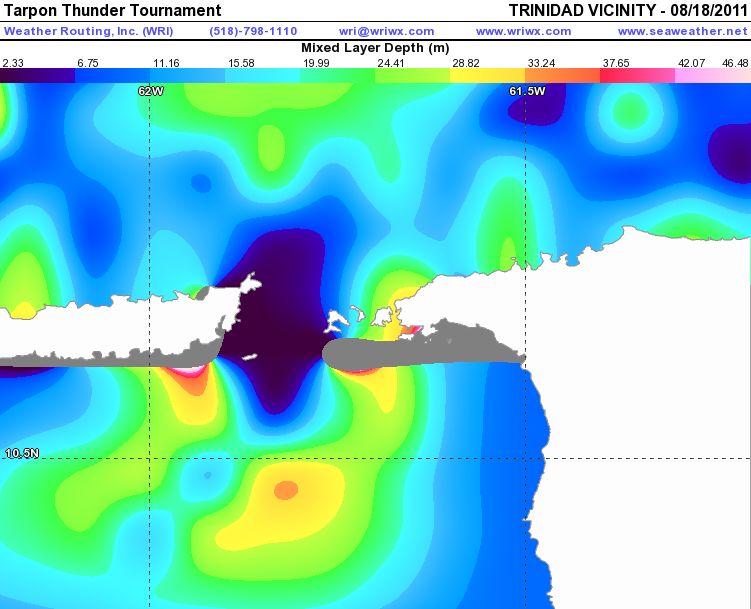 Sea Currents/Speed Maps - The location of major currents, as well as, loops and eddies. 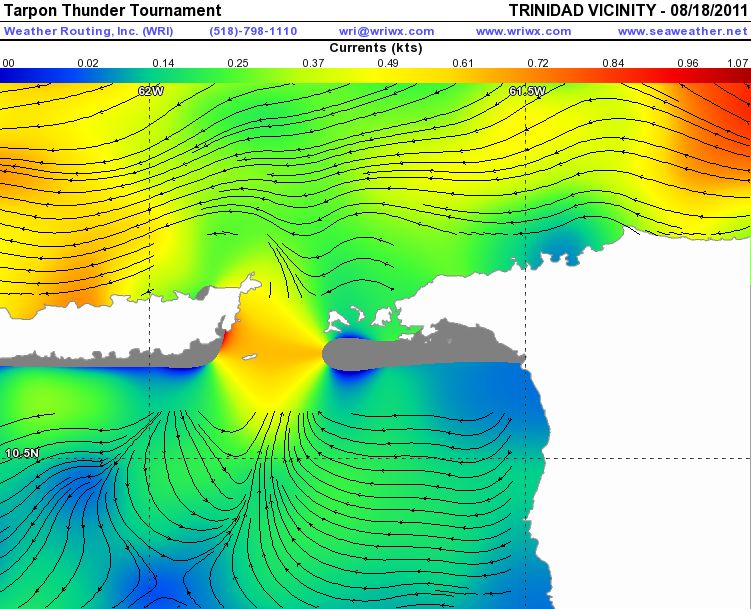 Sea Currents/Temperature - The location of major currents, as well as, loops and eddies with temperatures.

Please refer to this link for a detailed explanation of each map provided, as well as selection of further maps of interest. Weather Routing Inc.(WRI) Map Explanations. 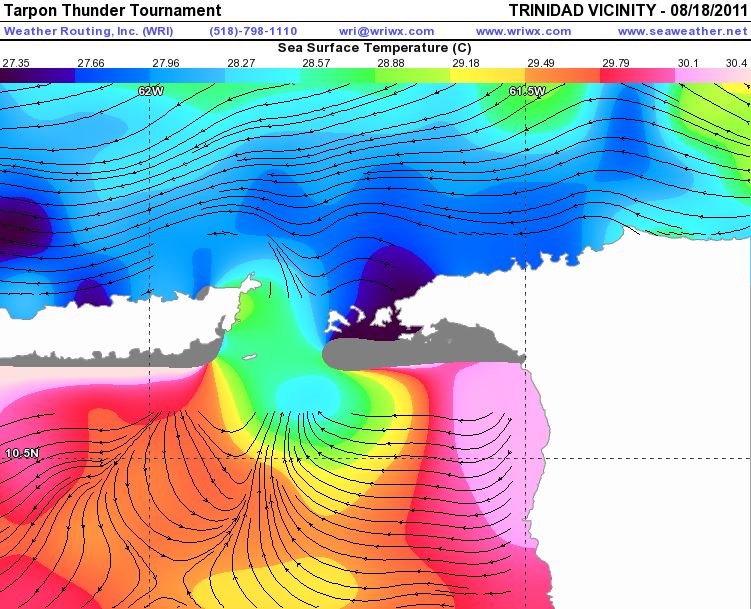