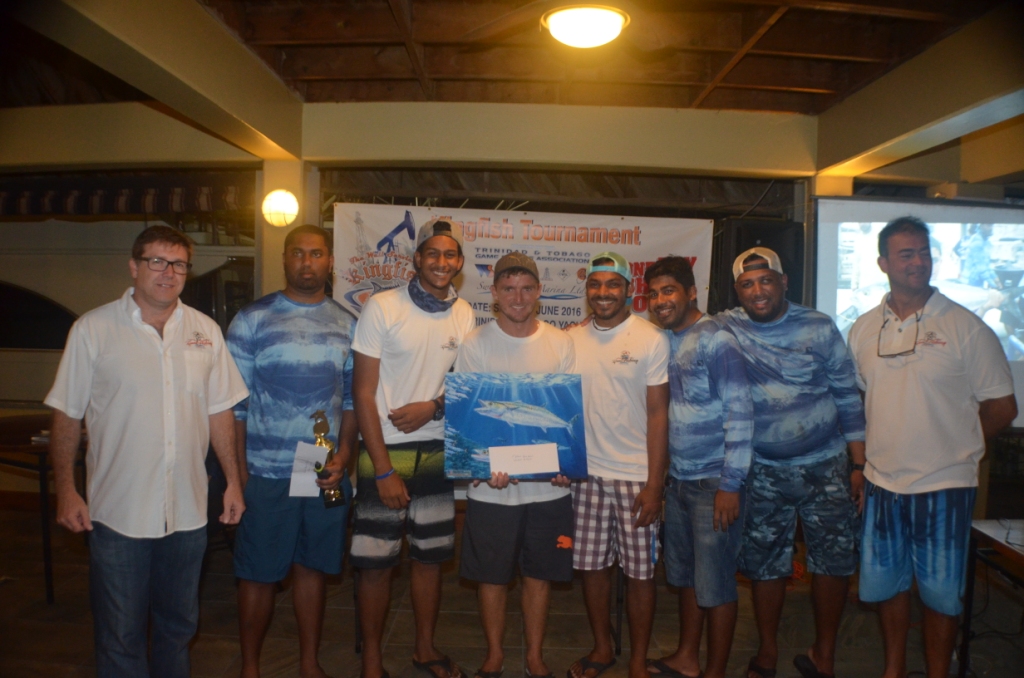 One hundred and forty eight (148) anglers battled it out on thirty seven (37) boats all along the North Western coast of Trinidad in the 10th Annual Well Services Group of Companies King Fish Tournament which was held on June 11th. The tournament was hosted at the Trinidad and Tobago Yacht Club.

There were twenty (20) Junior Anglers who competed in the tournament. Isaiah Aleong of team "Tantrum" got the better of them all.The best angler prize was won by Vishan Jaedo of team "Reel Tackle".

320 lbs of the catch was donated on Saturday to 6 charities (Christ Child Convalescent Home, Rainbow Rescue, Our Lady of the Wayside ,Marion House, Sophia House and Blanchisseuse Community).