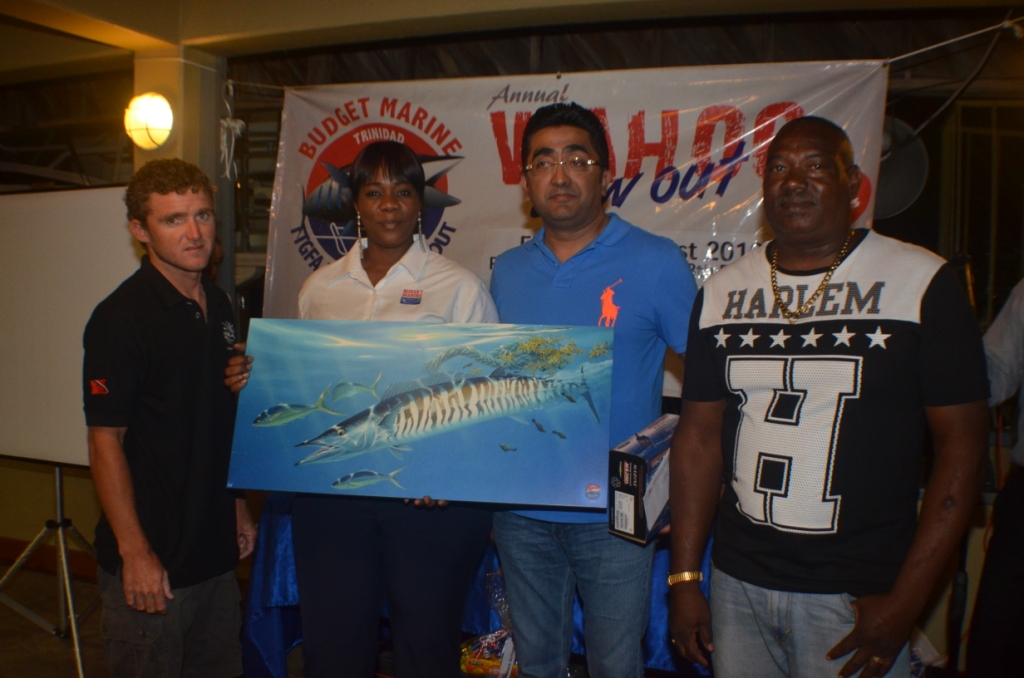 Team Go up the Road was rewarded for a hard day’s work in the annual Budget Marine TTGFA Wahoo Blowout that was held recently at the Trinidad and Tobago Yacht Club (TTYC) on February 20th and 21st, 2016.

One hundred and twenty eight anglers competed on thirty boats along the North Coast and the Grande Boca off the North East coast of Trinidad.  Of these, one hundred and seventeen were male, four female and seven juniors, participating in the highly anticipated annual event. This year however was deemed as the slowest fishing that ever occurred for this particular tournament as anglers complained of very rough water and strong easterly winds. A total of sixteen fish were caught during the two days of fishing, as compared to last year where seventy three fish were caught.

Captain of team Go up the Road, Ajodha Singh, along with his teammates Michael De Freitas and Curtis Brizan won the Best Boat prize with a total of 168.55 points.

Nigel Garcia of team On D Job won Best Angler and the Heaviest Wahoo Prize with his 78.45 lbs Wahoo.  Team Go up the Road won second and third heaviest wahoo with a 68.5 and 45.05 lbs respectively.

Treasurer of the TTGFA, Alan Sheppard thanked the title sponsor Budget Marine, along with other major sponsors, Carib Pilsner Light and Ministry of Sport for their continued support.

The Honourable Darryl Smith, Minister of Sport also attended the prize giving function and the weigh station at the T&T Yacht Club and commended the anglers on their successes and shared his vision on the important role Sport has to play in society.

Risa Hall, Store Manager of Budget Marine, was very pleased with the success of the fishing tournament and promised their continued support as title sponsors.