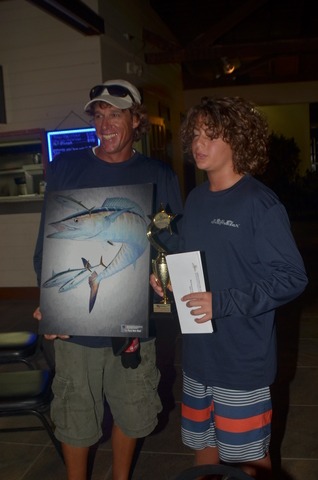 80 anglers battled it out on 20 boats along the North Western coast of Trinidad in the 11th Annual Well Services Group of Companies King Fish Tournament held on September 16th, hosted at the Trinidad and Tobago Yacht Club.

There were two Junior Anglers who competed in the tournament. Alexander Hadad of team "Sea Hunter" got the better of them all and won the best junior angler Prize. The best angler prize as well as the heaviest kingfish was won by Chad Chu Cheong of team "Jupiter". The heaviest kingfish weighed 24.85 lbs.