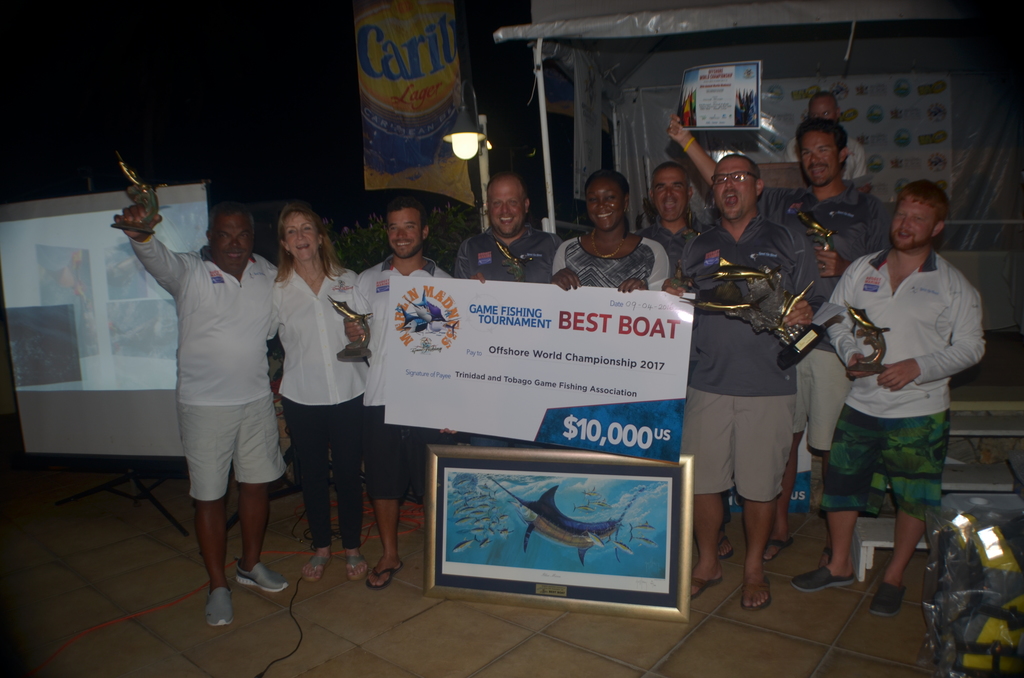 The Trinidad and Tobago Game Fishing Association’s 36th International “Marlin Madness” tournament that was held on April 5th to 9th 2016, at Pigeon Point, Tobago, was once again a huge success with The Ministry of Sport and the Tobago House of Assembly the main sponsors of the tournament.

At the prize-giving function, which was held at Crown Point Hotel, the Secretary of the Tourism and Transport Division of the Tobago House of Assembly, Mrs. Tracy Davidson-Celestine, congratulated the TTGFA for running a successful tournament for the last 36 years and spoke on the importance of Sport Tourism and how fishing can be instrumental in achieving that. She also thanked the many anglers who came from all parts of the globe to participate in the annual event, including Finland, United Kingdom and Grenada.

Of the eighty two anglers fishing on sixteen boats, there was one female and five junior anglers. Between them all, they released forty one Billfish, nineteen Blue Marlins and twenty two Sailfish. A total of 88.25lbs of fish were brought to the scale, include Dolphin and Wahoo.