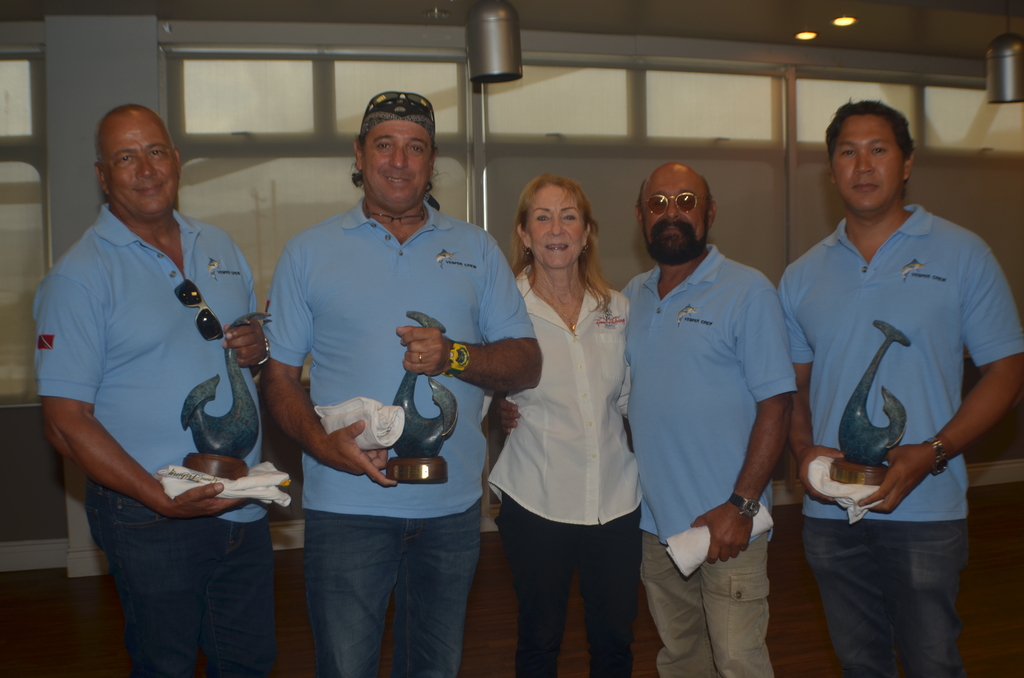 This is an unbelievable achievement for the fishing fraternity when considering the level of competition at the event and it speaks to the high degree of skill of our local anglers…to be able to compete in and win such a prestigious tournament. Their championship win will be spoken about in all corners of the globe and brand Trinidad & Tobago at the forefront of anglers’ minds as a destination to fish.

A Press Conference was held on April 29th 2016 at the VIP room of the Hasely Crawford Stadium, where the victorious anglers had a chance to talk about their experience.   Jonathan De La Rosa, Vice President of the Trinidad and Tobago Game Fishing Association praised the team for their achievement saying “These four gentlemen sitting beside me have become the first team from our country to win the offshore world championship.  Trinidad has always represented in the championship and had good showings, but never have we won the event and we would like to publicly acknowledge this victory for Trinidad and Tobago”.

Team Vesper went up against 65 other teams comprising of 305 anglers.  They released a total of 45 pacific Sailfish in the 4 day tournament, never once giving up the lead. There were also 5 other teams that represented Trinidad and Tobago. In De La Rosa’s opening remarks at the Press conference he congratulated those teams for also proudly flying the red, black and white and being ambassadors for T&T in Costa Rica.  He also thanked the Ministry of Sport for their support of Sport fishing over the years and look forward to their continued support.