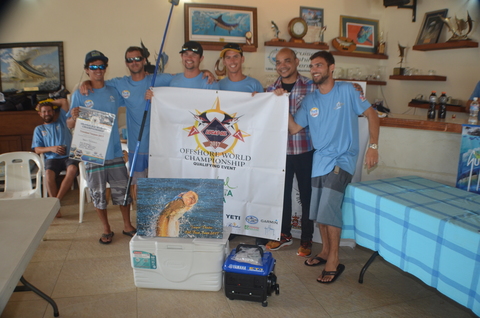 Trinidad Tarpon Thunder was held on Saturday 29th to 30th July 2017 at Island Yacht Charters, Gasparee Island.  This is a full release tournament with great prizes going to anglers and teams that tally the most points during 3 sessions over one and a half days.

A total of 14 boats entered the tournament which included 74 anglers - 2 juniors (1 male & 1 female) 4 female anglers and 68 male anglers, this included 5 foreign anglers from the USA.   See below for the full list of winners.

The 1st Place Boat winners D’Rog, won the top prize with an invitation to compete in the Offshore World Championship in Costa Rica in 2018.  Where they will have the chance to compete with the Top anglers from all over the world.  Other prizes for anglers included Okuma Rods and Reels, Yamaha Generators, fishing accessories from Guy Harvey, Tarpon Photo blocks. Etc.