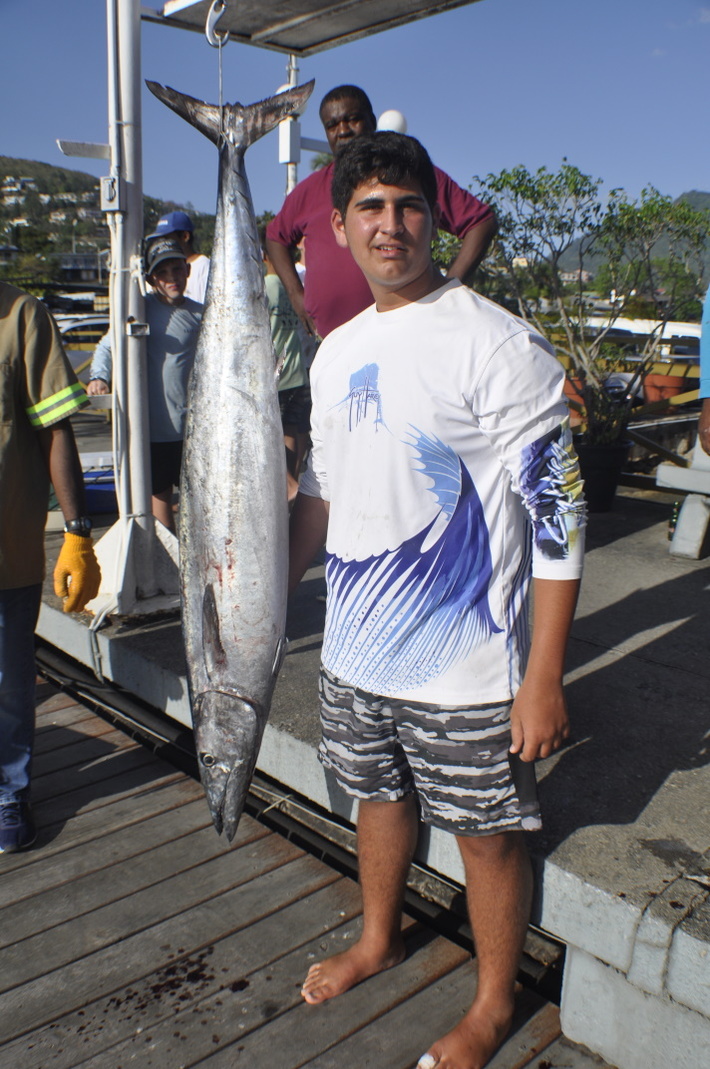 Tobago Yacht Club. This year the TTGFA changed up the tournament and introduced a

the top three heaviest Wahoo. With a total of 23 boats and 108 Anglers, there was a

Team ‘Candy Dancer’ with angler George Haloute received the first prize with his 55.95

took home the third place prize with his 34.65 lbs Wahoo.